Our coach has over 10 years of experience working with children from all over the world. Boomerang Football School aims to introduce football to our youngsters and develop their coordination & technical skills. We find it very important that children connect with the ball as many times as possible during the session in order to improve. 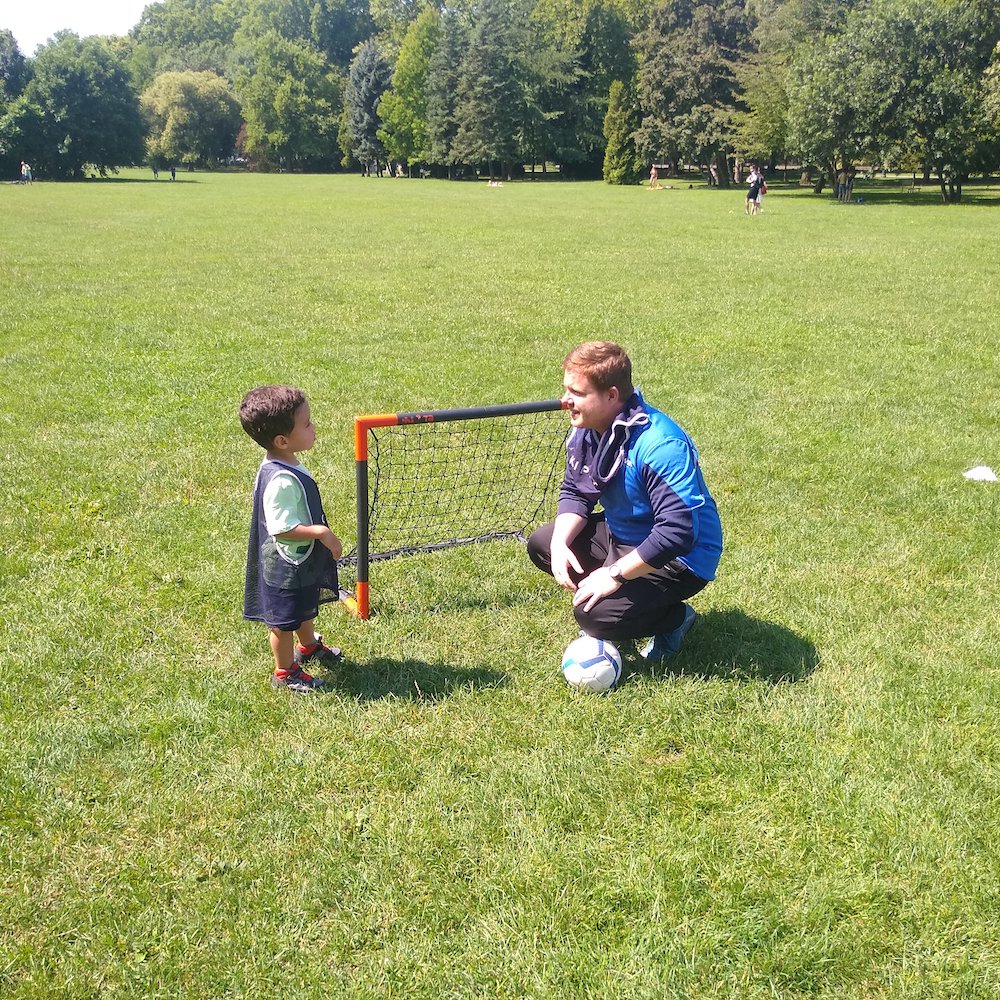 Peter Karsai
Peter from a young age was out and about kicking the ball around from morning till evening, if there were no friends around, he would juggle the ball, play the crossbar game or kick a large treetrunk, perhaps the side of the house or grandparents’ gate.

Beginning: at the age of 7 he was playing for the local U9 team and he stayed playing locally upto 14 years of age, when he was signed by Tura VSK (40km east of Budapest), playing for the youth team. Coach has moved to England in 2005 and he was knocking on the door of Bristol Rovers U17. Some young Italian footballers came to visit Bristol and at the meeting, just playing in the yard, they have invited Peter to come for a tryout to Napoli. Due to studies he did not take the opportunity presented to him. At this stage we knew, he would not be a footballer, but he is still young to have a great future in coaching.

Becoming a coach: Back in the day, he had to ask MLSZ (Hungarian Football Association) to permit him to take the exam to become an MLSZ D licence coach (now, UEFA C), as he was 4 days short of celebrating his 18th birthday. Besides his studies he has gained some international coaching experience. At the early stages he was coaching his current TURA VSK football teammates in the summer off season. At this stage he was only organising his amateur team in the UK.

The following years: 2009-2010, Peter was signed to play in Australia, where he became a pillar in the front row for the 2nd league of Lismore Thistles FC and he was playing up for the 1st team reserves. Here he volunteered to coach and was his first team to coach the U10 B team throughout the season. (more details later). In the summer/winter, he acquired the UEFA B licence.

In 2011 he was getting some helpful tips from Pál Dárdai (Hertha BSC-footballer, later trainer), Peter was on the sideline taking notes of german coaching (starting trainings from the age of 3 at the football clubs).

2013-2015 Peter was a trainer at British Football School, where he has become the lead coach for U5, U7, U10 and learnt some Russian more or less. 2015-2017 Peter was training in different schools, kindergardens, clubs, academies and working with underdeveloped children in England at the same time for U5-U23 all age groups.

2017 he decided to utalise his learnings in Hungary and starting coaching locally under his own umbrella. Initially he started coaching 4 kids at Happy Kids International Kindergarden.